Beata Batorowicz was born in Wroclaw, Poland in 1978 and immigrated to Australia at the age of five. As a child, she was fascinated with animal characters illustrated by Jan Marcin Szancer in the well known children’s story book “Brzechwa Dzieciom” by Polish author Jan Brzechwa. This has had a strong influence in terms of her interest in visual narratives within her art practice. In 1998, Batorowicz was awarded a Bachelor of Visual Art with a Distinction at the University of Southern Queensland, Australia. She then completed her BVA Honours Degree (with First Class) at Queensland College of Art, Griffith University. Batorowicz was awarded an Australian Postgraduate Scholarship and completed her Doctor of Visual Arts (Griffith University) in 2004. Since 2009, Batorowicz is a Lecturer in Sculpture, Visual Art  & BCA Honours Program Co-ordinator at the University of Southern Queensland, Australia.
​
Batorowicz  exhibits both nationally and internationally. Her artwork has been recognised for its mythological and fairytale qualities. In particular, her early projects such as Daughter Aid (1999-2000) and anti Big Daddy Art (2003-4) have been noted for the development of a mythological and conceptual premise of being a discontented Polish daughter of the late Twentieth 20th Century German Artist, Joseph Beuys, as a strategy of asserting her own identity and unravelling the grand narratives of Western Art history. This mythology initiated the beginning of an ongoing interest in symbolically addressing the Polish/German historical context of WWII. Batorowicz has shown in key Australian contemporary art exhibitions such as: Fraught Tales, National Gallery of Victoria (Ian Potter Centre) (2004), Primavera, Museum of Contemporary Art, Sydney (2000), and Gulliver’s Travels, a national touring show (2003).

The Readymade project involved a collaborative exhibition with the New Zealand artist, Lisa Reihana.  Readymade series was also exhibited in Uncanny at Art Space in New Zealand (2005). Batorowicz’s work has been recently included in the Re-enchantment project, an interactive multi-platform documentary (online, ABC television and radio) exploring why fairytales enchant adult audiences (2010).
​
​Batorowicz has produced several cross-institutional research projects. In 2012, Batorowicz received an Arts Queensland Project Development Grant and an USQ Faculty of Arts Research grant for her latest project Tales Within Historical Spaces. This project involved a solo exhibition series accompanied by a bilingual publication, produced in partnership with QUT ART Museum and then travelled to Poland. In 2013, Sebastian Di Mauro and Batorowicz launched the collaborative research project Down the Rabbit Hole in partnership with QCA, Griffith University and USQ. Batorowicz is currently work on two book publications. 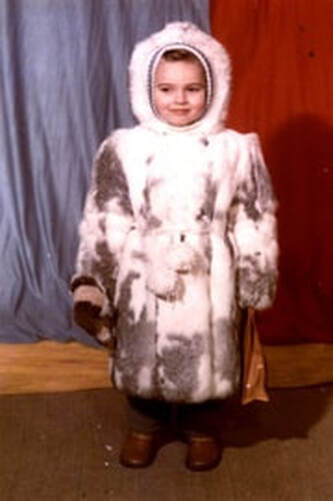